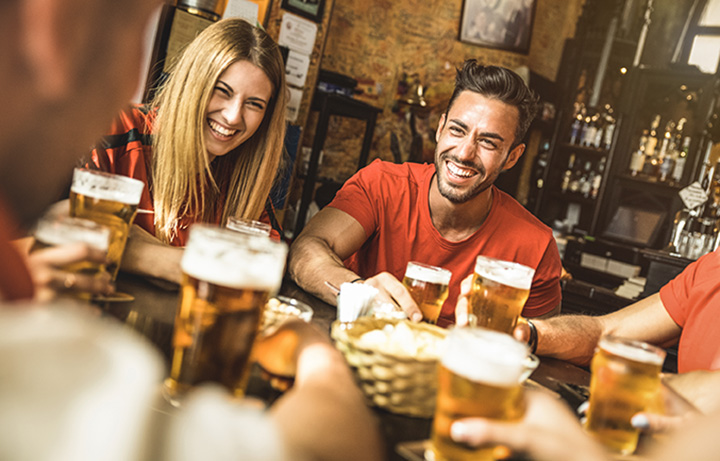 Our favorite things in life, though not necessarily in this order, are Great FOOD; Quality CRAFT BEER; Fun, Creative PEOPLE; and live MUSIC. Big Island Brewhaus is a community gathering haus that combines all these treasures for our community and visitors to our island.

In keeping with our quest to create and serve locally sourced, fresh, handcrafted food - that is as creative and delicious as the beers we brew - we launched a new menu in September of 2014. We work closely with local farmers, fishermen, cheese, bread & ice-cream makers and bee keepers (to name a few) whose quality products make our food as fresh and natural as possible. Keeping it Small on the Big Island is one way to help sustain our beautiful island & world!Â  We are honored to have been voted Favorite Chef/Restaurant in the statewide 2015 Edible Hawaiian Islands' Local Hero Awards!

Our passionate, hard-working brewers have been consistently winning awards with the beers they produce in our 10 barrel brewhaus. Tom, Daniel, and Kaiao have fun doing what they do best brewing world class beers one batch at a time. They brew up a virtual World of Beers: lagers, pilsners, stouts, porters, bocks, crÃ¨me ales, and Belgians and of course pale ales and IPAs - all that beg to be paired with our diverse, craft cuisine - turning an ordinary meal into an extraordinary experience. Our most recent awards include: bronze for Golden Sabbath at the 2014 Great American Beer Festival - the largest beer competition on the planet - where more than 5,500 beers were judged in 91 categories; bronze for both Overboard IPA and Golden Sabbath at the 2014 World Beer Cup - the world's largest international competition where we were one of only 26 breweries to win two medals for their beers; and 4 medals in the 2014 U.S. Open Beer Championships tying us for 9th in their list of top Ten Breweries in America!Â  In this competition we won gold for Red Giant, silver for Holy Humulus and bronze for both White Mountain Porter and Mele Maibock.

We started bottling in April 2013 and our three flagship, multi-medal winning beers; Overboard IPA, Golden Sabbath, and White Mountain Porter are available in share-worthy 22 oz bottles across our island and the State of Hawaii in liquor and grocery stores, restaurants and resorts!

Live Beer, Live Food, & Live Music! We all deserve great music and this Island is an amazing wealth of talent! We support local musicians with Open Mic Night every Thursday and an original Music/ Singer Songwriter night every other Tuesday.Â  You never know who will be playing but it's always entertaining. Fridays we feature live music from the dinner hour on to start off your weekend.

Big Island Brewhaus is not affiliated with AmericanTowns Media
Share